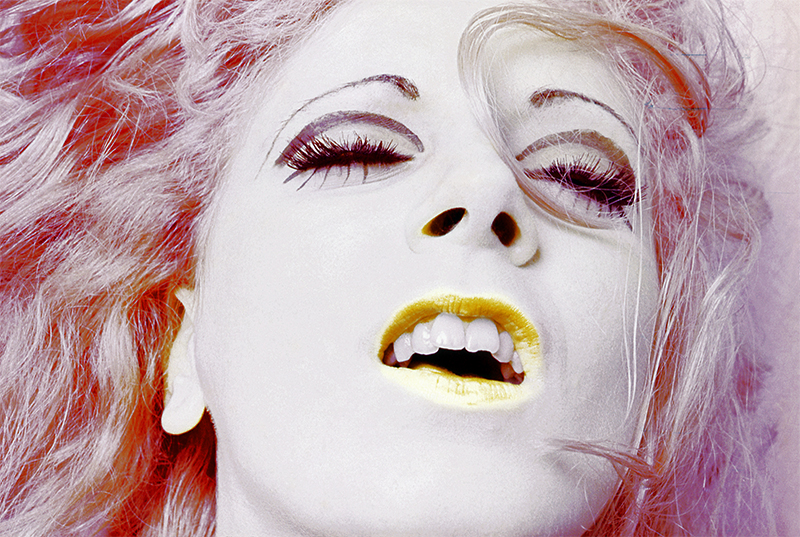 Born 1942 in Aichi. After graduating from Nagoya City Industrial Arts High School Tenmei Kanoh studied under Toichi Ogawa (小川藤一) and Takashi Kijima (杵島隆), and later went independent as a freelance photographer in the field of fashion andadvertising. His nude works were soon recognized in Tokyo, and he was given many centerfolds on the prominent Heibon Punchmagazine. In 1969, he was commissioned by the magazine to document the youth of New York. The result of which is his acclaimed “FUCK”, photographs of a cathartic orgy. Thereafter, Monthly Tenmei published between 1993 and 1995, selling 70 million copies,earned him an outspoken reputation. With a broadened scope working on press, TV, and the silver screen, he played a critical role in the evolution of Japanese mass media. The artist is noteworthy for working in photography and painting throughout his career.
He received several prizes including the Japan Advertising Artists Club Award, APA Award, Asahi Advertising Award, and Mainichi Advertising Award among others.