KENRYOU GU A PART OF THERE IS HERE 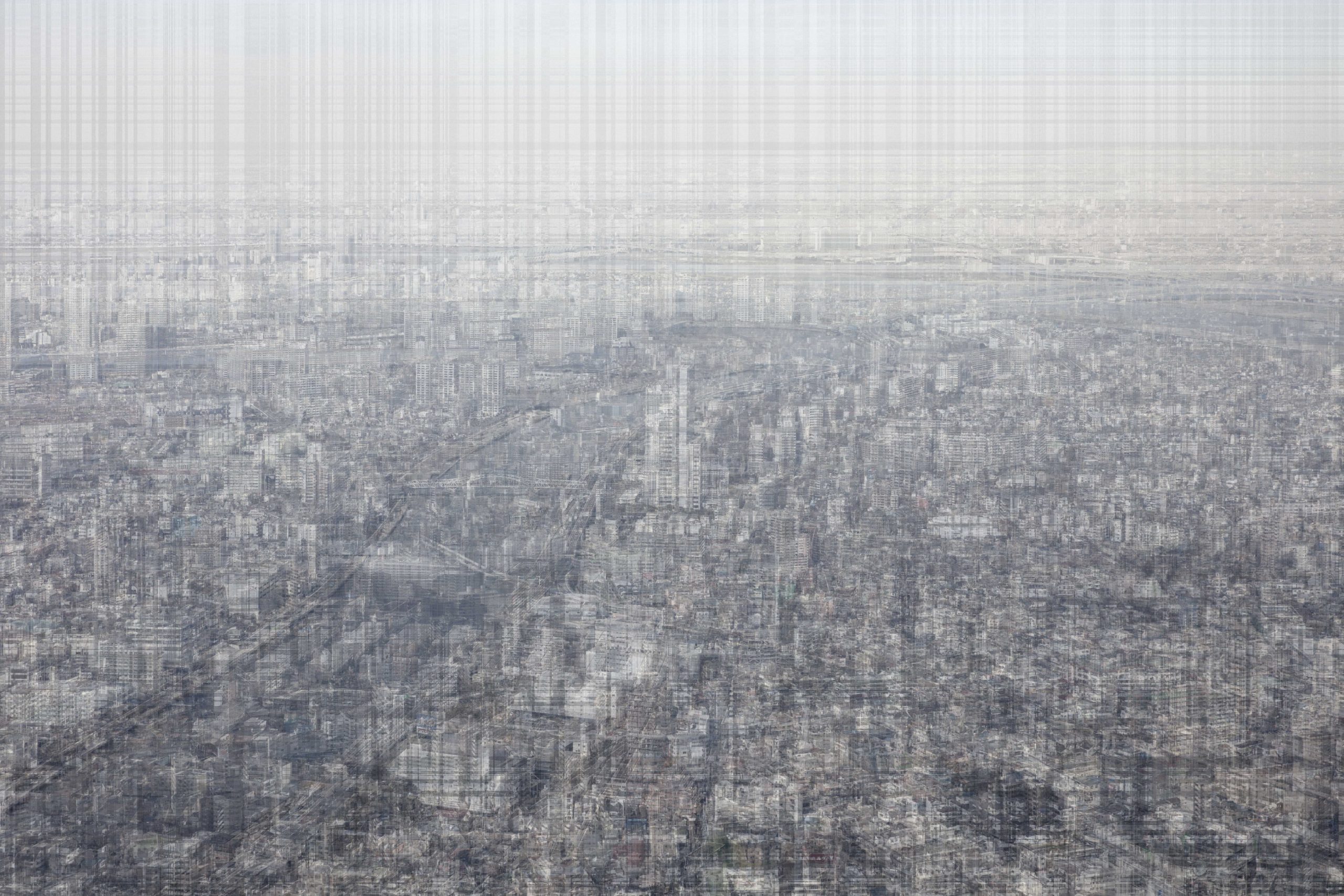 YUKIKOMIZUTANI is pleased to announce the solo exhibition of Kenryou Gu, “A PART OF THERE IS HERE” from March 9 to April 10. This is Kenryou’ s first solo exhibition with the gallery, and will feature the Cityscape series, in which the artist captures various cities from an observatory, and the Dark mountain series, in which he travels to a coal mine in Inner Mongolia to photograph coal mounds. These works capture a new image of the city based on the artist’s own physical senses.

“In addition to vision, whose limitations are determined by the naked eye, I have been developing an understanding of spaces according to their temporal “thickness” including through movement and the physical body. While various modern technologies have enabled us to achieve our goals more efficiently, the processes behind them have been buried in a black box; within a box is a rupture that defines a new kind of “death.” Metropolises have become colonies of colonnades, all covered in the same glass, and continues to attract people who have been brainwashed by the amorphous religion of greed. In every skyscraper around the world, there is inevitably an observation deck—homogenous tourist attractions that draw countless visitors.This is the only vision of the colony that its inhabitants are permitted to see. In a space where most of the five senses are made inaccessible, nobody—myself included—can distinguish if what they are seeing is truly the city or only a panoramic screen. Our passive bodies are transported in high-speed elevators that are not unlike panic rooms, elevating us to the clouds in a matter of seconds. This creates a schism with reality, depriving us from our ability to assess the scenery we see. As people living in this day and age, we should not single-mindedly pursue the increasing speed of technological evolution while leaving to waste our splintered understanding of the world outside our glass walls.” – Kenryou Gu

Kenryou Gu has used digital weaving in his Utopia series, a method of creating a single image from multiple photographs, to create a non-existent landscape from photographs of four different locations. The process of digital weaving requires each pixel to be deleted and withheld tens of thousands of times. The materials are then layered and as a result textile-like images are produced.

The Cityscape series presented in this exhibition is a series of photographs taken from the observation deck of a skyscraper in four different directions and superimposed using digital weaving. The Dark mountain series captures the mounds of coal that make up the modern city. Coal has been the most important fuel used since the Industrial Revolution began, and is responsible for 40% of the world’s thermal power generation. The fact that coal has created cities and continues to be mined to maintain them is one of the implications of the exhibition title “A PART OF THERE IS HERE”.

Kenryou’s work questions not only the physicality of our experience, which is lost due to the development of technology in modern society, and the resulting new image of the city, but also our fragmented perceptions. Just as we do not perceive the city by looking at “everything” when we go up to the observatory, we, who are exposed to too much information in modern society, unconsciously take in a large number of images on social networking sites and connect the fragmented “here” and “there” to form our perception.